General information about the UAE

Over the past ten years, the United Arab Emirates has become a number one tourist destination in the world thanks to the huge construction boom and the official and popular interest in tourism facilities and projects.

We review together an overview of the United Arab Emirates.

World Cup 2022.. Dubai Airport is preparing to facilitate the crossing of fans to Qatar

The UAE is one of the best Gulf countries in the field of tourism. It is characterized by a large number of hotels, complexes, tourist attractions and archaeological sites, in which there is the Burj Khalifa, the tallest tower and building in the world.

The topographical nature of most of the lands of the Emirates, deserts interspersed with oases, is a natural extension of the Empty Quarter desert of Saudi Arabia, also called the “low area” and rises only 300 meters above sea level, and it is rich in sand dunes and sabkhas in the western part of the Emirates, and extends towards the south with a length of 120 How much traversed the territory of Saudi Arabia. The mountain ranges constitute the second part of the desert nature of the Emirates, the most important of which is the northern mountain range parallel to the Oman coastline, and its highest peaks, Jebel Hafeet, reach 1200 meters above sea level. The third section of the topography of the Emirates is the coastal sector with sandy beaches, except for the northern areas of Ras Al Khaimah, which form the head of the Hajar Mountains. The coastal sector also contains many salt domes that form small islands in the sea and hills on the land. Jebel Dhanna, which has a height of 99 meters, is one of these topographic manifestations.

The UAE is one of the richest Arab countries and the per capita income is high. It is one of the petroleum countries whose economy depends mainly on petroleum materials and its industries. The UAE has made important modernizations to its economy in order to reduce its dependence on oil. Dubai is considered the first financial center for the Emirates and the Arab Gulf region as a whole and is considered one of the most important The centers of the global economy and most of the workforce in the country are Asian workers, especially Indians, Pakistanis and others.

The United Arab Emirates has shown great interest in the development of tourism infrastructure, represented in the development of various tourist facilities that meet the requirements of tourists, in addition to upgrading the level of services in the hotel sector and convenient transportation, as well as holding events and festivals…

The most important tourist attractions in the UAE

The capital of the United Arab Emirates, located on the island of Abu Dhabi, and extending to the land and the surrounding islands. The emirate has many tourist attractions, the most important of which are:

The Emirates Palace is managed by the Kempinski International Hotels Group, and its cost amounted to approximately 3 billion dollars. The hotel, which is one of the most luxurious hotels in the world, consists of 400 rooms and suites, and used in its interior designs materials of marble and pure gold. And held in the hotel - which is located on the city's beach near the Heritage Village and the Marina Center - major international festivals and concerts.

One of the heritage and archaeological landmarks in the Emirate of Abu Dhabi, built about 200 years ago; With the aim of protecting the emirate from bandit attacks. Due to its high heritage value in the history of the emirate, Al Maqtaa Fort has undergone important restorations in the past years, as well as most of the country's forts.

A modern amusement park, the largest indoor amusement park in the world, includes the circuit (Yas Marina), where the Formula 1 International Race is held, and is located on Yas Island in Abu Dhabi. It covers an area of ​​200,000 square meters and was opened at the end of 2010.

The Emirate of Dubai - which is the second largest emirate in the country in area - is located on the eastern coast of the Arabian Peninsula in the southwestern corner of the Arabian Gulf.

Top 10 Best Romantic Things to do in Dubai for Couples

It is currently the tallest building in the world, and it was officially opened in 2010, and its height exceeds 800 meters.

The only hotel in the world that is classified within the category of (7) stars, it was officially opened in 1999 at a cost of about 650 million dollars, and the tower is built on an artificial island a hundred meters from the seashore.

The first palm-shaped island in the sea, construction began on this island in June 2001.

A 1,539-room hotel, located in the middle of the crescent of the artificial island of Palm Jumeirah in Dubai. This joint venture has been developed with a government investment company.

The hotel offers a marine zoo with 65,000 marine animals in the lagoons and displays such as The Lost Chambers, a maze of underwater passages and outlets that provide a journey through ancient Atlantis.

Types of tourism in the United Arab Emirates

The diversity of the tourism product that the country has offered for years is a key factor in its increasing tourism attractiveness. Where the components of this product meet the requirements and interests of tourists, whether it is shopping tourism, medical tourism or business tourism, attending major events and festivals, and specialized international activities; What made it stand out and specialize in many tourism sectors that attract the interest of tourists, the most important of which are:

Tourism for events and festivals

Throughout the year, many major events are held in the country, which contribute to attracting tourists, the most prominent of these events being held in Abu Dhabi: Abu Dhabi Classical Music Festival

The event is usually held at the Emirates Palace, and the festival, which is the first of its kind in the region, presents the most important players of this type of music in the world.

It is considered the most prominent multicultural festival in the world; Where it presents a selection of international artists in the field of art, dance, singing and performances, and on the sidelines of the festival, many events are held that aim to introduce the cultures of the peoples of the world.

The first session of the festival was opened in 2004. The festival brings together top filmmakers from all over the world. It is also an opportunity for filmmakers to showcase their latest artworks. On the sidelines of the festival, award-winning films are honored for the best works of art.

The festival, which is held annually on the shores of Khalid Lake, targets families in the first place. The festival adds an atmosphere of fun and entertainment in an educational and educational manner. The festival is of great importance to the tourism sector in the emirate. The Commerce and Tourism Development Authority is keen to renew the annual events of the festival by adding innovative ideas such as: circus on ice, ice skating shows, colored box shows, pet shows, and other international entertainment shows, in addition to the heritage area and games area.

It means traveling for shopping from countries that are characterized by an abundance of shopping malls, in addition to the quality of prices. Where all the emirates of the country allow this type of tourism, while the Emirate of Dubai is the most popular destination for shopping tourism; Because it embraces a lot of shopping centers; What made it worthy of the title of shopping capital in the Middle East.

The emirate has the largest and best shopping malls in the world; Therefore, it has become one of its main features, as it provides its visitors with unique and diverse entertainment experiences, the most important of which are:

It is considered one of the newest and largest shopping centers in the world; It includes an ice skating rink, and the area of ​​this center, which is located on Sheikh Zayed Road in Dubai, is 223,000 square meters, and offers a full range of shopping services, as well as a multi-cinema with 14 screens, and a commercial market theater that accommodates 500 seats, Along with the accompanying arts center and 70 cafés and restaurants.

The Dubai Mall is the largest mall in the world; Where the commercial market accommodates more than 1200 retail stores, and has an ice rink, a cinema with 22 screens, in addition to an aquarium for fish - the only one of its kind - in addition to a gold market to start the tour with.

The center specializes in the world's most famous brands, and Mercato is a term that means "market" in the Italian language in a modern way. The center has a theater located on the ground floor dedicated to holding events, theatrical performances and exhibitions during the Dubai Shopping Festivals and Dubai Summer Surprises.

It includes major international brands specialized in the trade of gold and diamonds, in which the finest collections of modern jewelry are displayed. This complex is located on Sheikh Zayed Road, and is considered one of the main tourist attractions in the Emirate of Dubai. Where many tourists come to shop and buy, the complex, which began operating in 2001, has achieved a great spread as the best place in Dubai to buy gold and diamond jewelry.

In the United Arab Emirates, there are many archaeological areas that reflect the nature of the life of those who resided on the land of this country, and the civilizations that flocked to it since ancient times, and the most important of these areas are:

Umm Al Nar is an archaeological island close to the Emirate of Abu Dhabi. It was first discovered in 1959. The antiquities dating back to approximately 2500 BC and located on the island contribute to the knowledge of the culture of the early inhabitants of the Emirates, those who worked in fishing, and practiced trade outside the borders of the island; To reach Mesopotamia and the Indus Valley.

The island includes 50 tombs, some of which are circular in shape. The antiquities on the island also include personal adornment, copper weapons, pottery tools, fishing rods, and divers' nets.

It is one of the most famous historical areas located in the north of Al Ain city. It includes watchtowers as well as seven round burials, in which there are pottery pots, pieces of human bones, some beads and copper arrowheads. The antiquities in the Hili area date back to the third millennium BC.

A historic fortress located in the city of Al Ain. It consists of three towers and a huge wall that includes many rooms. It is one of the largest forts. Its construction dates back to 1891 and ended in 1898.

An old fortress built in 1820 AD by Sheikh Shakhbut bin Zayed. It consists of two floors and has two towers separated from the main building, one of which is square in shape and the other is circular and cylindrical in shape. It contains rooms that were used for military and civil purposes.

It is about 66 km away from Fujairah, and it contains ancient monuments such as the Dibba Castle, and the effects of the apostasy wars between the Muslim army during the era of Abu Bakr Al-Siddiq and the Asadi tribes. Silver coins dating back to ancient times were also discovered in it. 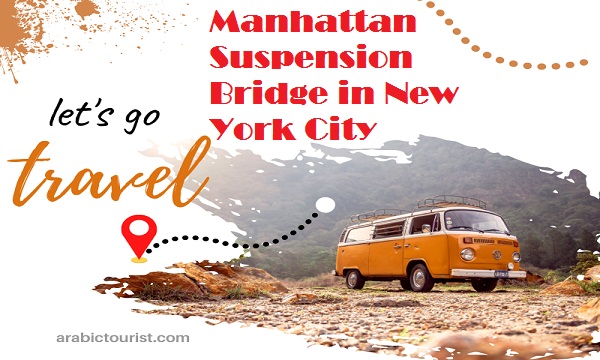 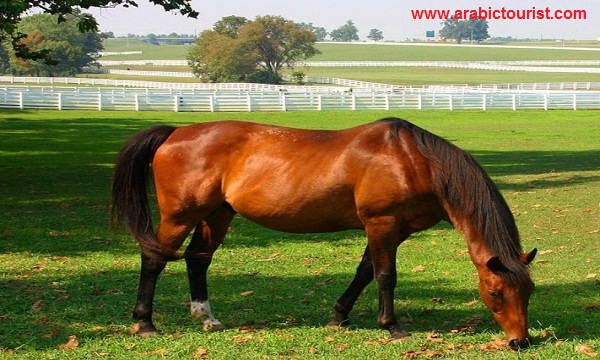 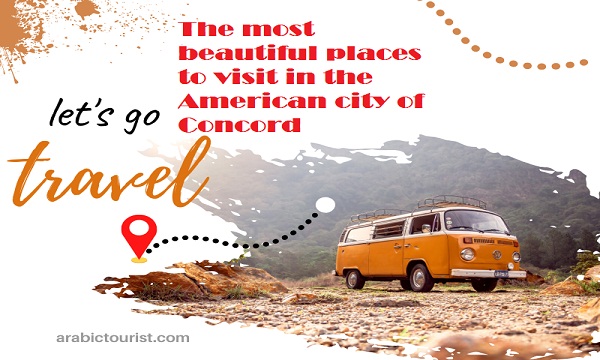 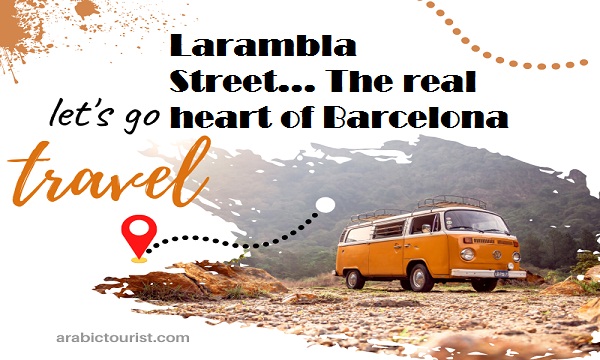