5 Things to see and do in Dortmund As the most prominent and largest city in the Ruhr area, Dortmund is a wholly modern cities with some amazing monuments to the past. What previously was a mining city with an expansive mine network is now a modern high-tech manufacturing city. It might be mostly known for its focus on football, there are plenty of things to see and do in Dortmund. If you’re visiting by air it’s important to know that getting to and from the Dortmund airport is quite easy, so you won’t have any trouble reaching this amazing city.

Top 5 Reasons Why Should You Visit Germany

Check out the enormous stadium

Dortmund has a very unique obsession with football, and the stadium is proof of that. The team, Borussia Dortmund, is not any regular team however, and the many residents of Hamburg take pride in their team. The colossal stadium is a place that everyone should definitely visit, even if you barely even have a passing interest in the sport, as the Signal Iduna Park is a grand and majestic building, as well as the second largest football stadium in Europe.

Go to the German Football Museum

Even though at times it might feel to some like Dortmund is too obsessed with football, but this museum is actually built by the investment from the winnings of the 2006 World Cup, so it’s not a museum only about Dortmund. The entire wider region around the city is home to some amazing football teams, and all of them have been commended in this fantastic stadium that even lets you review and relieve some of the most iconic football matches in the history of Germany.

This is definitely one of Dortmund’s highlights, as it’s a fantastic park with numerous little attractions inside. There is an entry fee though, but it’s absolutely worth it. The park is quite expansive, and on its grounds you can find attractions like the horticultural areas, which house thousands of different varieties of roses, as well a miniature railway, flamingos, and even a pond on which you can hire a rowboat.

Gaze at the city atop the Florianturm

This building was briefly the tallest TV tower in Germany, at least when it was built, and today it’s definitely one of the tallest buildings in the country. It’s great that it’s accessed through the Westfalenpark, but there is a small entrance fee. Once you’re in there is an elevator that will take you to the top from where you can see almost the entirety of Dortmund, practically in the palms of your hands.

The museum Ostwall is Dortmund’s modern and contemporary art museum, and the home to numerous Expressionist and New Objectivity works. Many of these works were being hidden from the Nazi regime, as the Nazis deemed these types of art as lesser and degenerate. Nowadays there are a lot of fantastic works that are definitely worth it to be seen up close, and they’re from artists like Kandinsky, Emil Nolde, Kirchner, and many more.

There is a very special and peculiar charm found in Dortmund. It’s a city that’s evidently grown modern and high-tech, yet there are still pieces from that classic era, and because of this it has an aesthetic and feel that everyone should witness for themselves at least once.

you also may can read

5 Best Hotels in San Sebastian and Popular Hotels in Surabaya
Fly away……. to Luxury in New York
Smart Hotels Booking-5 Best Facts While Enjoying The Vacation
Luxury Travel on a Budget for Non-Luxury Travelers 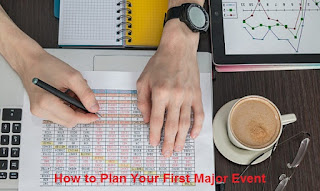 How to Plan Your First Major Event , travel , travel advisor

How to Plan Your First Major Event Most Scenic Drives in Australia – Roads You Don’t Want to Miss!

5 Things to see and do in Dortmund , tourism , travel guide

5 Things to see and do in Dortmund Best Things to See & Do in Puerto Vallarta